Parkinson’s disease is a progressive neurological condition that leads to a person’s loss of control of their body movements. It is neither fatal nor contagious,—a person cannot die from Parkinson’s disease. Only a tiny percentage are of a genetic cause, and the symptoms are different from person to person.

Health and wellness enthusiast and CEO of Direct Appliance Rentals Karina Wolfin notes, “Multidisciplinary support from a team of health professionals is one of the best ways to relieve a person with Parkinson’s disease. Since it has no cure, managing the symptoms could help the patients live normal lives.”

Parkinson’s symptoms are due to a lack of dopamine—a neurotransmitter needed for controlled movements. The progressive degeneration of the nerve cells in the brain’s middle area is the root cause of dopamine deficiency. Consequently, when dopamine production is not enough, the motor nerves of the brain can’t control movement and coordination.

However, note that no two patients have the same symptoms. The order of appearance and how it progresses usually varies.

Generally, here are the symptoms experienced by individuals with Parkinson’s disease.

To date, there is still no known root cause of Parkinson’s disease. Most patients diagnosed with Parkinson’s have no family history of the disease, and only a tiny percentage were recorded to have it in the family. However, researchers are investigating the possible causes, including:

Parkinson’s disease isn’t diagnosed through laboratory tests. For health specialist’s to rule out the condition, they use X-rays, CT scans, and blood tests. These tests make the diagnosis lengthy and extensive.

The symptoms and treatment are tailored for each patient since no two persons will experience the same symptoms. Given the situation, a neurologist is the best professional to help decide on how to treat the disease.

Support For People With Parkinson’s Disease

Persons with Parkinson’s disease are recommended to have access to an allied health team at the onset. The multidisciplinary support may consist of neurologists, physiotherapists, speech therapists, dietitians, and social workers. These health professionals would support the patient to address their pains and problems better.

Uccello Designs works with occupational therapists, physiotherapists, and other healthcare professionals to improve the lives of people with disabilities.

Our Uccello Kettle is a useful assistive technology that enables pouring a kettle as easy as tipping a feather. On top of that, these specialized kettles also give anybody who wants to handle boiling water safely a sense of security and independence —a great help to individuals or organizations needing assistive living products. 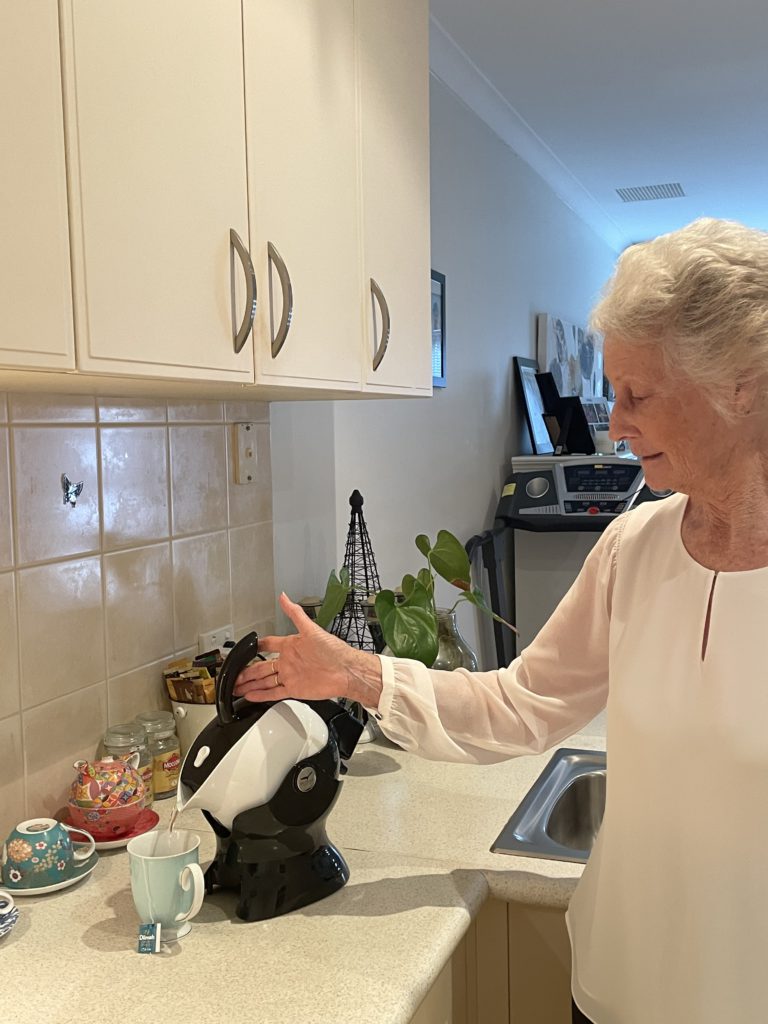